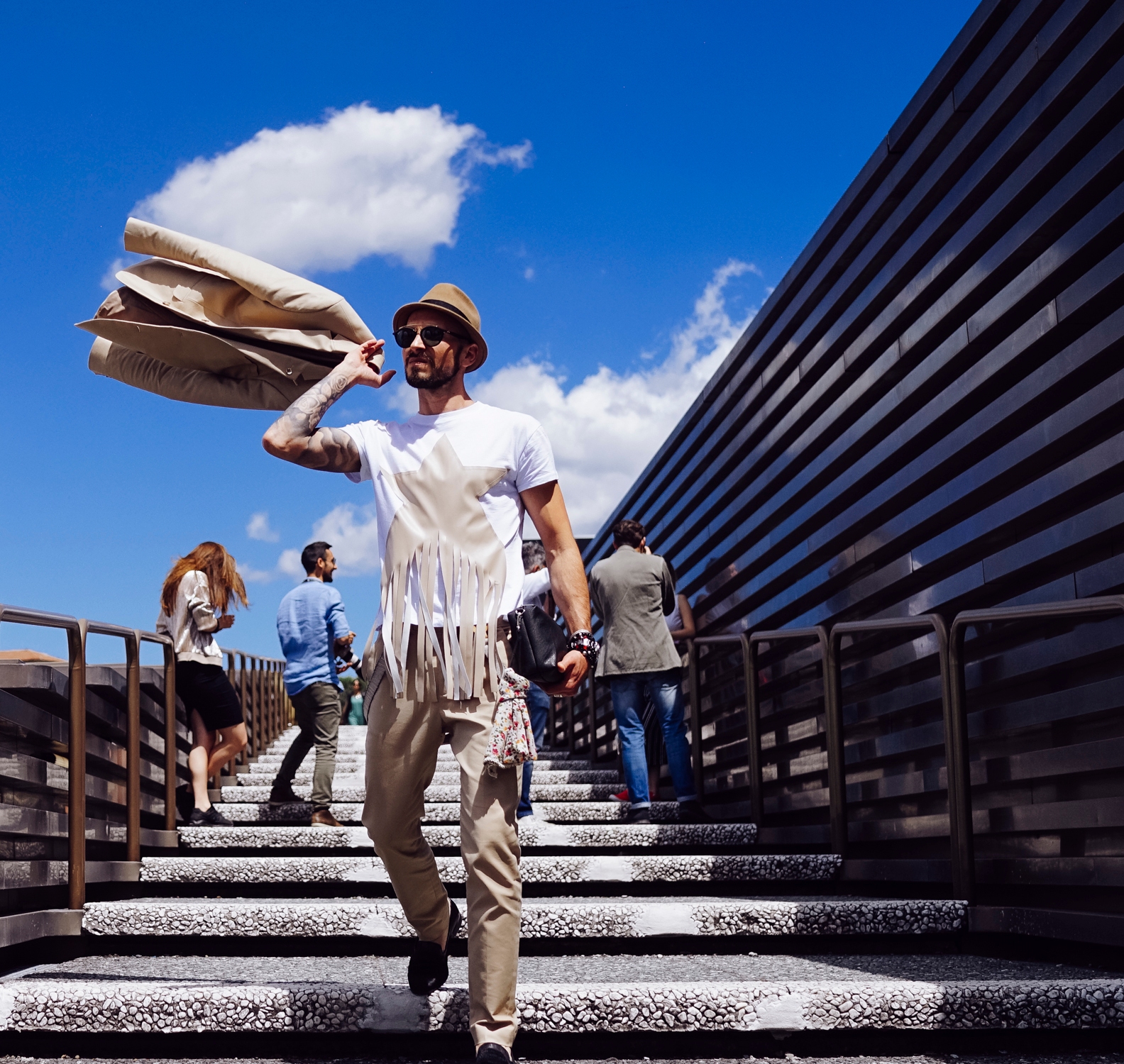 Another PITTI UOMO  is behind me, as always, new friends, new cooperation opportunities , new shooting ✌

Below you can see all the information, but first I want to say thanks to my best photographer Andrea Menichelli who is always with me and of course a big brand with whom I work more than 1 year Elpatronusa.com from USA  ✌

Special thanks magazine Vanity Fair Italia  for choose me to be one of the best-dressed man Pitti-Uomo 90 honored ✌  www.vanityfair.it

Pitti Uomo hits 90 and celebrates with another record-breaking edition: the number of buyers is up, with increases for Germany, United Kingdom, China, Japan, United States, Russia, and all the Eastern markets; Italian buyer attendance was also good.
The fair was attended by 20,500 buyers, of which 8,400 from abroad, with over 30,000 visitors in total.

The 90th edition of Pitti Immagine Uomo (Florence, 14-17 June 2016) came to an end with attendance figures and feedback that heralded another record-breaking edition: the atmosphere among the stands was filled with energy, the collections abounded in creativity and had all been put together with a keen eye on the market. The program of special events was defined as extraordinary and spectacular and galvanized the attention of the public of top-tier buyers and journalists.
The number of buyers was up +2.5% with respect to the June 2015 edition – which was already a new record with some of the most significant increases in recent seasons – and there were 20,500 buyers in total of which around 8,400 from abroad. Overall the total number of visitors widely exceeded 30,000 mark.

Foreign attendance was boosted by very positive performances from United Kingdom (+18%), China (+14%), Germany (+5%) and Belgium (+7%); Japan (+3.5%) and United States (+3%) also did very well; Russia (+8%) made a comforting recovery after a few difficult seasons, there was a “resounding” increase for Eastern Europe as a whole and the Baltic States, as well as excellent results for Portugal, Denmark, Mexico, Australia, South Africa, Singapore, Malaysia and Taiwan.
There was, however, a significant dip in the figures for France, probably due to the current wave of strikes, the cancellation of numerous flights and UEFA Euro 2016.

Italy continued along its path to recovery – registering a +3% increase in buyers – with attendance figures that are gradually returning to what they were a few years ago and with representatives from the finest men’s stores present and doing intensive research at the Fortezza da Basso.

“Pitti Uomo celebrated its 90th edition in the best possible way” says Raffaello Napoleone, Pitti Immagine’s CEO, “it was a sizzling event with lots of new ideas bubbling among the stands and many new menswear projects were launched onto the international scene from the Fortezza da Basso. The program of events was even more special than usual, with big names in fashion, emerging talents and totally experimental designers. We would like to send out a big thankyou to all this edition’s protagonists and partners from our exhibitors to the special guests, and also express our gratitude for the support provided through the Centro di Firenze per la Moda Italiana by the Ministry for Economic Development. 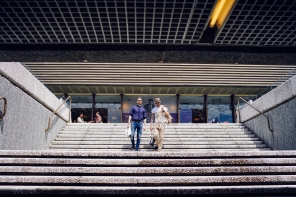 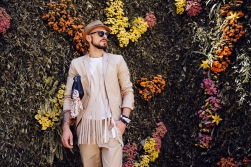 One thought on “Pitti Uomo 90”

This site uses Akismet to reduce spam. Learn how your comment data is processed.