Though he was known as “the rock ’n’ roll designer,” Versace’s interests were catholic. “The key to my personality is the curiosity,” he told Vogue in 1990. He designed collections inspired by Pop Art and by the opera; he loved color, both pastel and primary, and he doted on his baby sister, Donatella. Inspired by her strength, and surrounded by supermodels, he designed for a woman who was so bold and so sexy that even when she wore a bondage dress there was no doubt that she remained firmly in charge.

“What would Gianni do today” was the thought, according to the program notes, going through Donatella Versace’s mind as she went through the house archive in preparation for this homage collection. Topping any list of Versaceisms would have to be prints. Revived for Spring 2018 were a swirling gold and black baroque pattern; shells and sea life from the Trésor de la Mer collection; Native American–inspired feathers from Fall 1992; and the butterflies worn by Kristen McMenamy on the April 1995 cover of Vogue. (Back, too, were embellished pieces replicating the magazine’s covers, and others with the face of Marilyn Monroe from Gianni’s Pop collection.) Precision cuts were also revisited by Donatella as she willed the past to a new generation by updating the house archive to speak to the women of today, having learned from Gianni that “modern is what women want, what moves well with their bodies.”

If the majority of the show was a remix as homage, its finale was a gilded throwback moment, featuring some of the supermodels (and the music) who, nearly 30 years ago, helped put Gianni Versace in the history books when they sashayed down the runway to George Michael’s “Freedom! ’90.” Dressed in metal mesh draped in the classical style, Naomi, Claudia, Stephanie, Helena, and Cindy still looked like goddesses; joined by Donatella, they symbolized strength, beauty, and perseverance, just as Gianni would have wanted. ( Laird Borrelli – Persson) 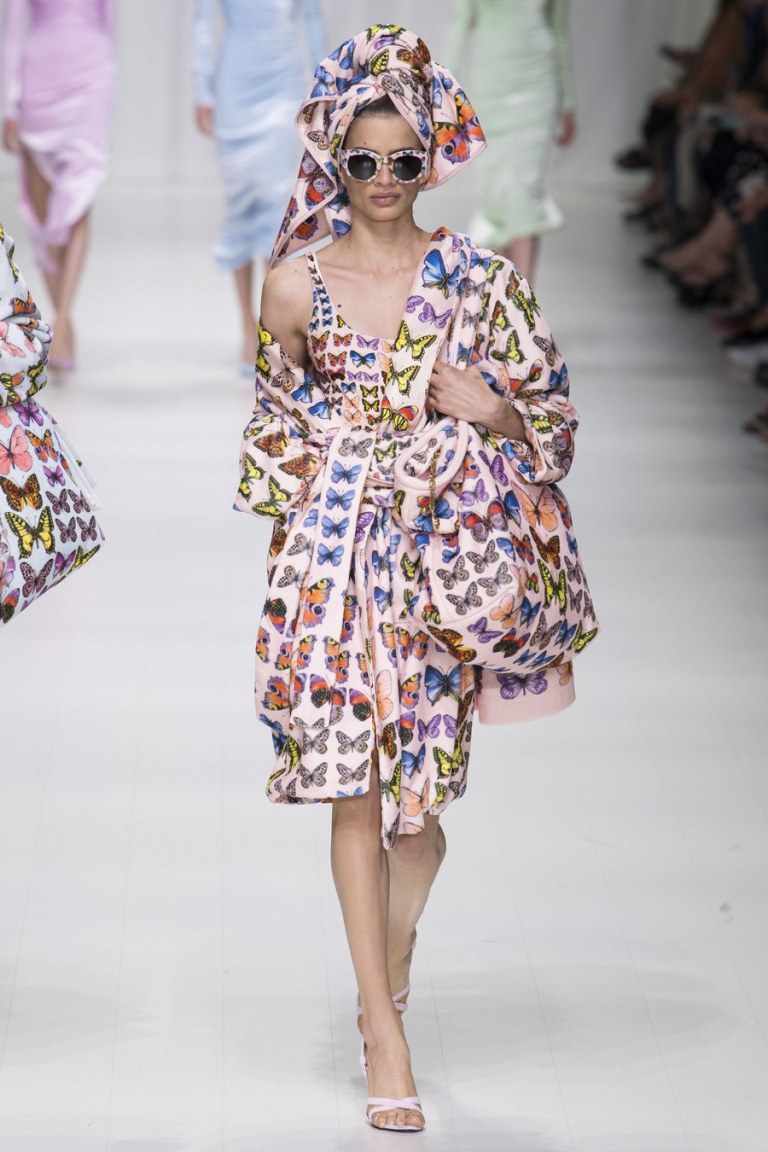 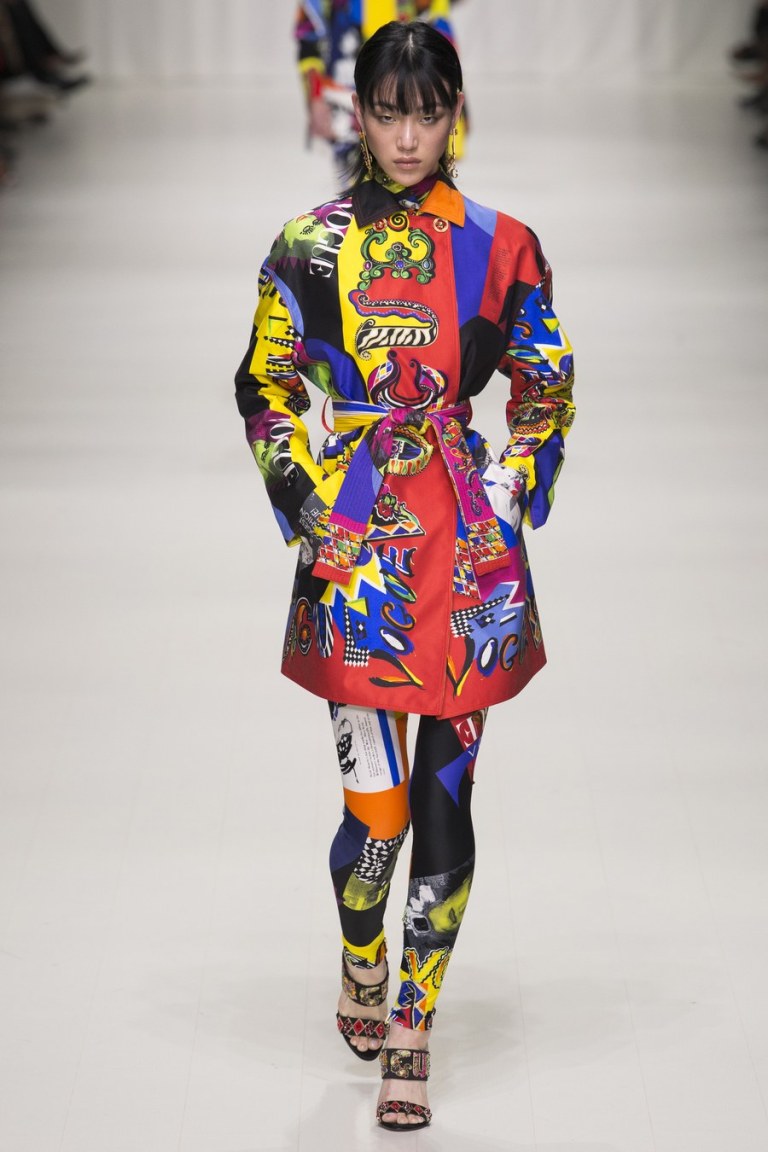 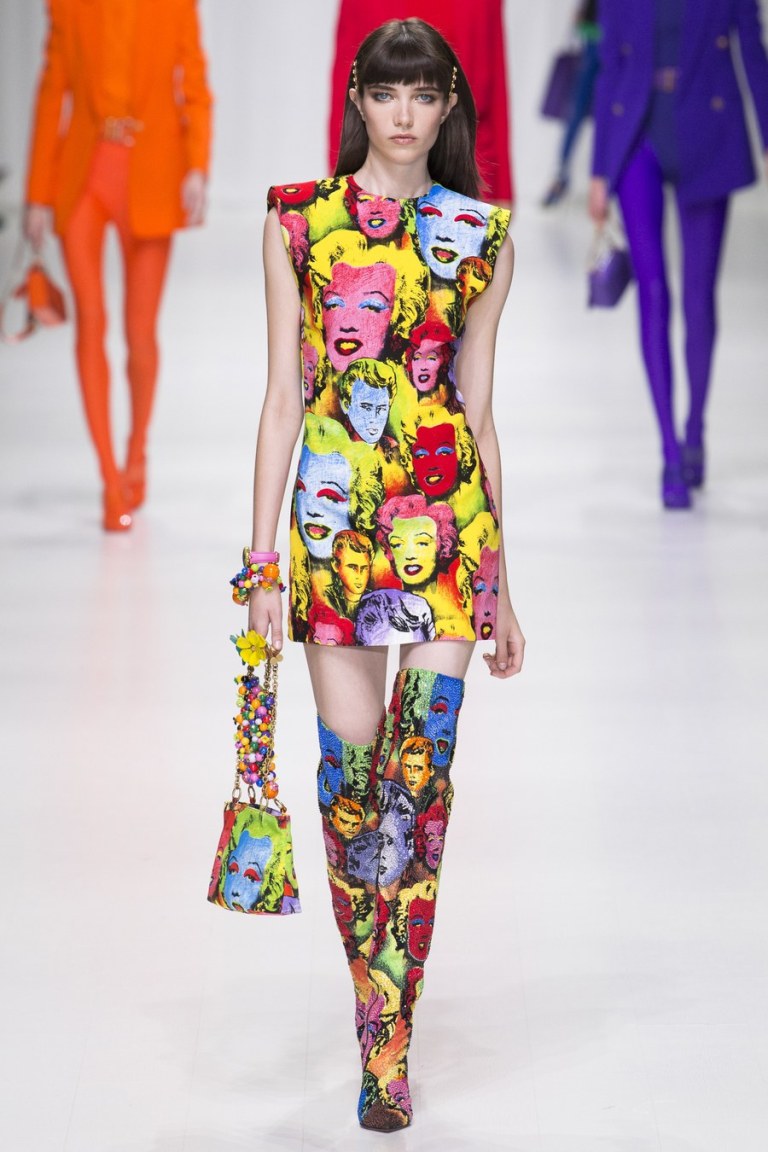 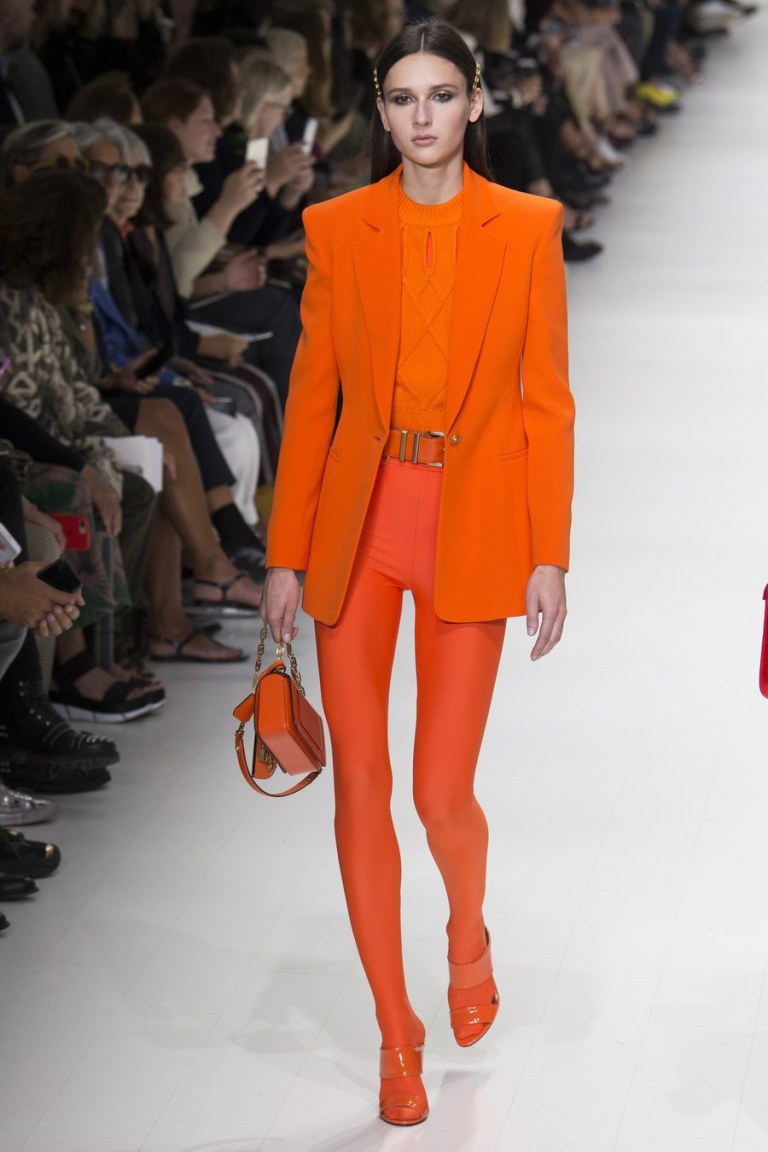 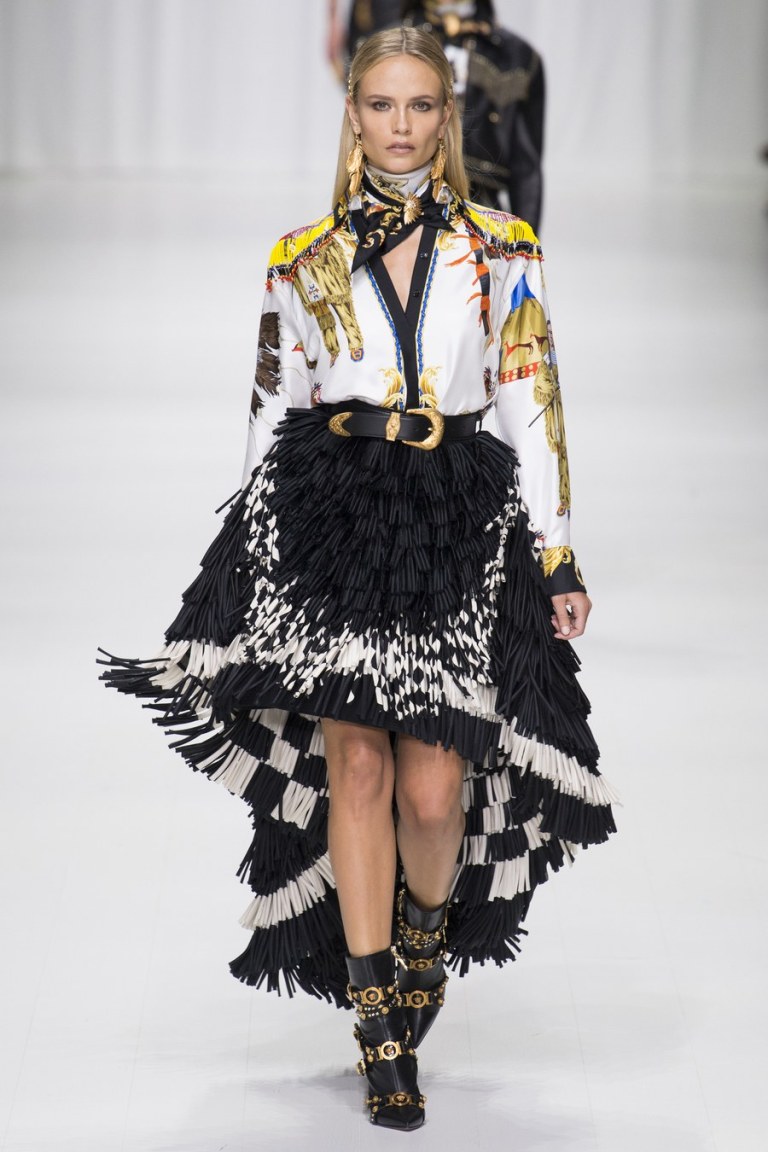 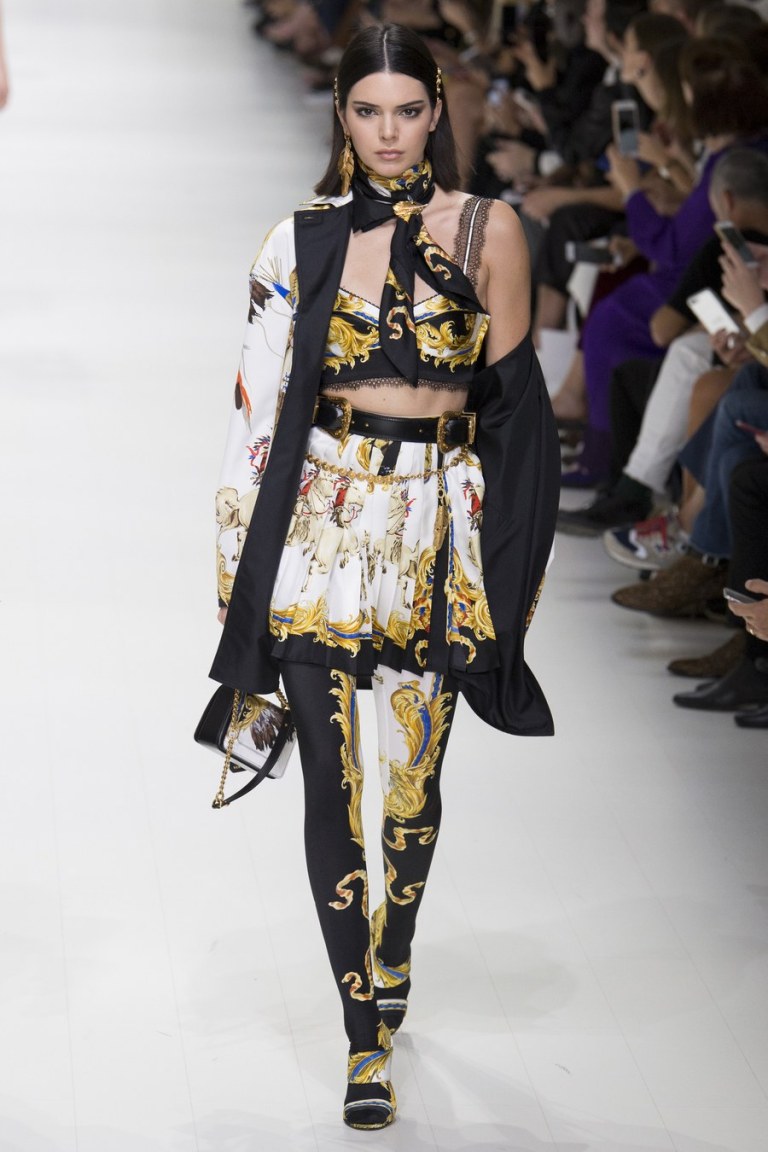 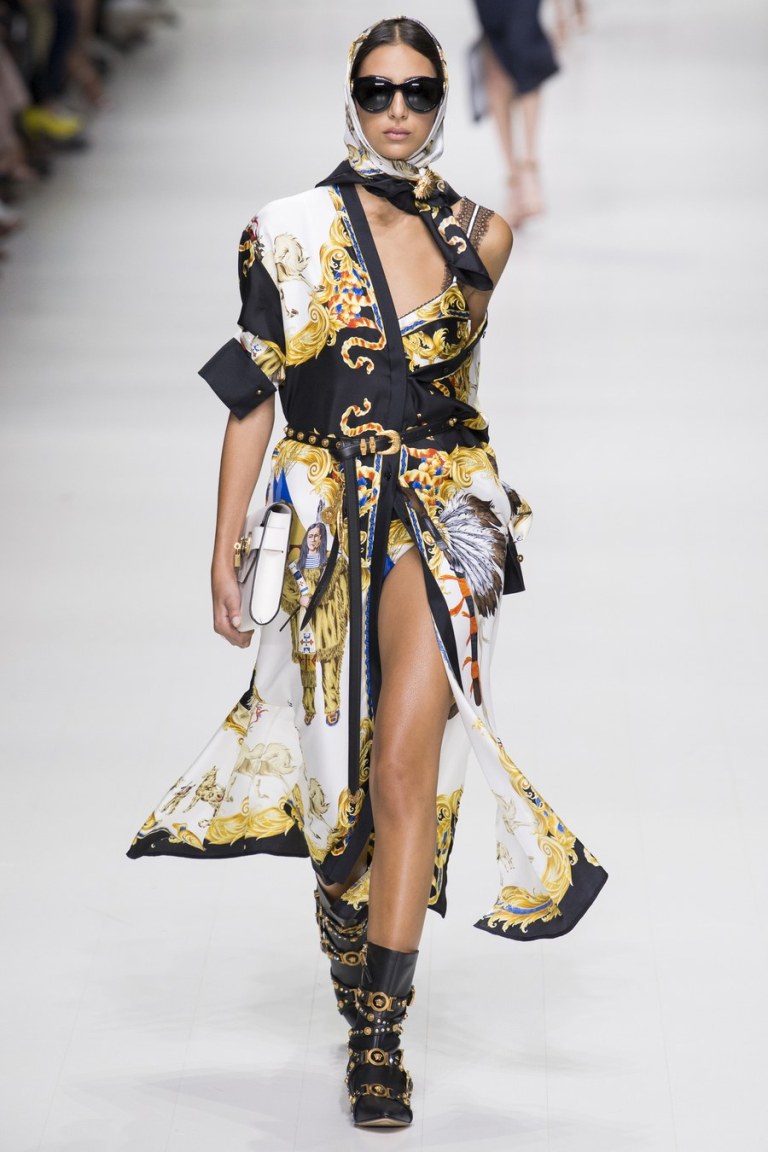 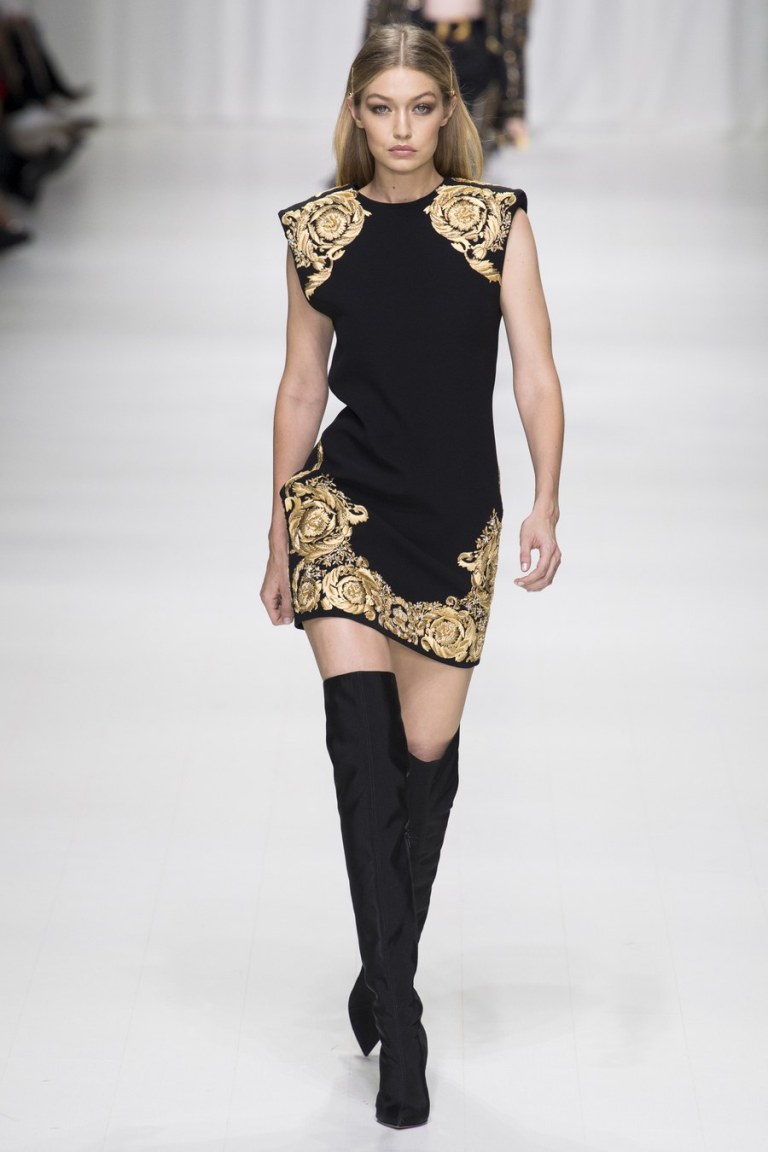